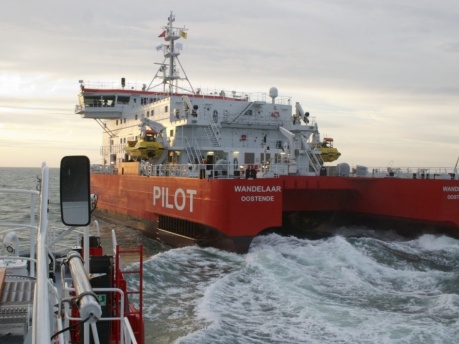 Talks were under way last night to try to avert the closure of the port of Antwerp due to industrial action by river pilots. Flemish mobility minister Ben Weyts cancelled a planned trip to New York to revive talks with the pilots’ union BvL, which had collapsed late on Tuesday.

The pilots are demanding higher premiums for pilotage and are opposing efficiency measures proposed by the government. As a result of their actions, ships longer than 339 metres cannot enter the harbour, and five such ships were kept waiting at anchor as the dispute went on.

Qualified pilots are required to guide ships from the open sea to the port. For a large part of the approach to Antwerp, that is done by Dutch pilots. Their Flemish colleagues take over once the ship arrives in Belgian waters.

According to port CEO Eddy Bruyninckx, the action is costing millions of euros a day in shipping delays and lost business, with super-ships being diverted to other ports where they can be handled. The pilots are putting their own clientele in jeopardy, said Bruyninckx – a clientele that had ensured Antwerp a record year in 2015. “There is only one word for that,” he said. “Incomprehensible.”